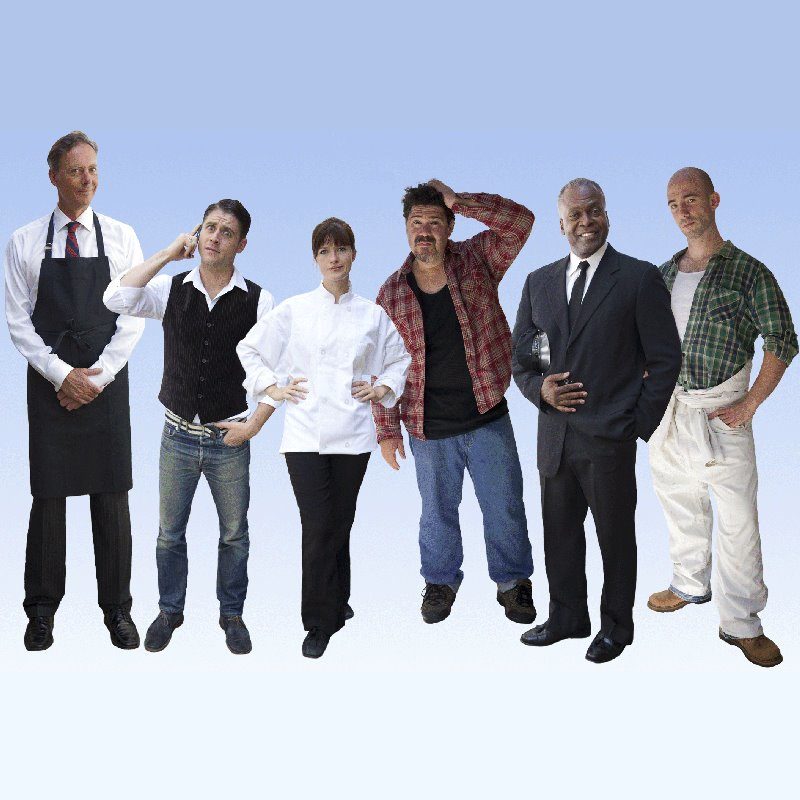 MASTERS OF THE HOUSE

They have all been spending on Robert Delaneys Promethium Card and now they are threatened with investigation. The Masters need a solution stat! facebook.com/MastersOfTheHouse.TV

Rachel Rath set up webisodic.tv in 2010 to explore the internet as a viable entertainment medium. Having met with M Dot Strange, 4 Eyed Monsters, Power to the Pixel and others she was inspired to upload content online and collate more research on user generated content and where the artist fit in to the new medium. She featured many successful webshows on the site and in 2011 produced and directed Masters of the House specifically for the online market.

Rachel’s aim is to bring quality entertainment to the teeny screen.

In the delightful Solar de Caheuna, Hollywood, I met with Kevin Marron www.imdb.com/name/nm2100019/ and the newly arrived, straight off the boat from London, John Mawson www.imdb.com/name/nm3713221/ John was getting himself set-up. Looking for a place, car, manager etc. and said ‘Lets make a web-show’. Kevin and I had ideas for some before but they were always MEGA budget.

John had the inspiration for ‘Masters of the House’ the next morning. A low budget, one location sitcom – excellent.

He set about writing the scripts while Kevin and I sunned ourselves.

Two weeks later John had 6 amazing scripts. I had decided to aim for 7 minute episodes with 3 minute opening and closing credits, 10 minute total. Doing this maximised potential sales to regular TV. I will post them here soon.

With scripts in place we started to think about cast and came up with these fantastically talented peoples.

We were having trouble finding a Jerry – a fast talking sleazeball. Thankfully Jon Abrahams obliged.

To ensure we were able to film with this incredible cast we needed to go SAG. Luckily I was asked to participate in the new Online Signatory Application https://osa.sag.org/ Their new system is really slick. Got a signatory number and assigned a SAG rep that same evening. I set about getting the contracts to the actors, compiling the Station 12 etc.

We then lost our Katy and so quickly found Chanel. Delighted she’s on board.

Reading the scripts I was inspired to shoot it similar to ‘Fawlty Tow’rs’. I reckoned it should be rehearsed like a play and the performances as frenetic as Basil Fawlty. All of the scripts would be performed in one take except for Episode 5 and 6 – they both have special effects.

Everything was coming together… PROBLEM – we don’t have a location. We are in need of a location and so the hunt begins…. Until we find that we have nothing…

While searching for a location we began rehearsing. The only way we were going to be able to get 6 episodes shot in one day was to rehearse, rehearse, rehearse. When we got the show ‘up on its feet’ it really started to come alive!

When we got word we were delighted to have the Composer Stephen Endelman on the project www.imdb.com/name/nm0006059/ At least we knew that it would sound epic!!

Kevin Marron and I had introduced John to Suddyn and he became a big fan. By hell or high water he was going to use them in the show. Of course they were only to willing to oblige 🙂
Suddyn www.facebook.com/suddynrock

I began storyboarding, collating a prop list, making sure no-one had food allergies.

Because of the one day shoot getting the actors to rehearse was INTEGRAL to a smooth shoot. All the actors needed the confidence in that their cast-mates had their scripts learned off. It was to be a studio shoot like any other sit-com and it was to be performed like a stage play. We rehearsed in John Mawsons house and when his neighbours complained we moved to Kim Estes family home.

Of course a good plan never goes how it should. The days before shoot we lost our 3 cameras and cinematographer meaning we were on the hunt for more. Luckily a friend obliged. We also lost our sound recordist. We were going to have to make do with the crew we had. This meant that we were going to have difficulty shooting it all in the allotted time. 6 episodes in the one day was going to be more a challenge… I am the co-producer and director of the show. I also play the character Maura I knew I needed an AMAZINGLY CALM HUMAN to be my First AD. David Aikman was the guy who came to mind. Works on many busy, stressful commercials and is a trained hypnotist which I reckoned might come in handy.

Time was spent checking over the storyboards, sorting props, costume and more props. All the actors had a fashion show of what they would be wearing on the day. Speed runs of the scripts and blocking made for a lot of laughs. That night I baked scones for elevenses for the next day 🙂

We set up first of all to get the opening title sequence as most of that was outside in the gardens. As people were costumed and makeup’d we shot their opening sequence piece. While we shot outside art dept (Julian) prepped the kitchen.

The production team went inside and started getting some quick rehearsal in. Checking light, framing, sound quality for our blocking.

It being an ensemble cast I wanted fix point sound so set a uni-directional mic to capture it. The kitchen being as much a character we ensured that we have the place always in focus by shooting it flat.

Takes were the full episodes as much as possible. We began with Episode 2 – Sulinh was fantastic. Then we went straight into Episode 3 with Chanel Ryan, just delightful.

Episode 6 was heavy effect-wise so we shot that next. We shot the plates of Mrs Delaney and Robert then we filmed with the Masters.

We were then able to wrap the fantastic Mommy Delaney – Clair Sinnett.

Episode 4 went swimmingly with Suddyn – true pros. We could then wrap Chanel the Fabulous. We went straight into Episode 5. Then wrapped the adonis Sulinh Lafontaine.

Last episode to shoot was Episode 1 – the opening episode, the episode that the world would watch and decide whether or not they’ll watch Episode 2. We were shattered after a loooong day but got the energy up and smashed it out of the park.

The last piece to shoot was the end of Episode 5, the end title sequence… it was late as the director/producer I said ‘Lets get it another day’. The cast crew all insisted that we shoot it. Probably so they would never have to see me again or perhaps they were still having fun or were looking at me pitifully and felt it just needed to be done. Love the sequence. Well, I think its funny!

The day of shooting was wrapped. We got our 6 episodes in the can, our opening and end title sequences all done. WOW! What a day…

Nobody said it was going to be easy and it’s not for Kevin Marron. Dead easy for John and I. We just loll about while Kevin is in the edit cave getting more and more obsessed.

Unfortunately we had MAJOR sound issues. Turned out our equipment was faulty. Harumph! Decided it would be too expensive to ADR and to just go with the camera audio. Such a shame.

I got busy with the poster design.

Kevin had to fix my disastrous Photoshop. Thanks Kevin.

Got together The Upload Plan.

John researched other shows and their views, advertising campaigns.

When the show was completed we knew our strategy. We had noticed that so many webshows had a higher view count on the first episode than the rest of the episodes combined. We decided to launch all the episodes together so audiences didn’t have to remember to come back to watch the rest of the show.  We uploaded them and instantly got a great response.

I had met Frank from StayTunedTV the year before and liked their site. I was delighted that they agreed to list it on their site. http://www.staytunedtv.net/showvideo.php?sid=474-1854
We made it to 4th hottest show on their platform with over 125,000 views.

I was even more delighted when the show was invited to enter the ITV Festival.